Can Donald Trump Move Interest Rates Without Hurting the Economy? 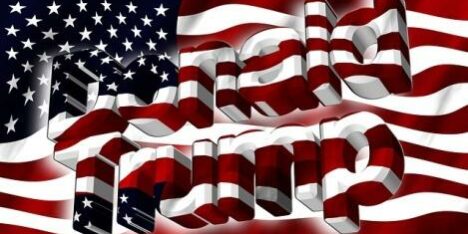 President Trump must deal with more than potential adversaries like China, Russia, and Mexico to improve trade for the US. He also has to deal with internal strife, in this case his problems moving interest rates with the Federal Reserve. The President is therefore desperately attempting to gain leverage over the Federal Reserve and the way it makes its monetary policies. He claimed they should cut interest rates by half a point for the short-term during the meeting in May. This plea clearly fell upon deaf ears and the Fed ultimately ignored his request.

In June, one month after the May meeting, the Federal Reserve Board is openly talking about potentially cutting interest rates. Why? Certain actions the president has taken – in particular tariffs or proposed sanctions on China and Mexico – have created economic upheaval. It’s reached the point where the stock market has taken a serious tumble and dropped 7% in about a month.

Trump’s Method for Stabilizing the Economy

How will lower interest rates help stabilize the economy? The current economic outlook and certain factors are beginning to look weak, which is driving the economy lower. Due to the sudden stock market drop, the Fed wants investors to know they’ll cut interest rates to protect the economy. In turn, the market should respond positively and begin to rise in value again.

As far as Trump’s ability to move interest rates without hurting the economy, it doesn’t seem like it’s possible. Every time he takes steps to lower interest rates, he must impose major restrictions like tariffs that scare investors away. Mostly because they feel these sanctions are going to hurt global economic stability overall, at least in the short term.

Any time the US president – a/k/a Donald Trump – takes steps to slow the economy; it’s going to negatively impact investments. Over the last month, the stock market has taken a tremendous nosedive. This will continue if President Trump stays the current course or the Fed steps in and lowers interest rates.

You must do everything necessary to protect your investments and stabilize your financial future for you and your loved ones. Remember, the dollar is on the verge of plummeting. It’s best to initiate a gold IRA rollover or open a precious metals IRA if you don’t have one already.

How to Preserve Your Retirement Nest Egg

Owning physical gold in your gold IRA is one of the best moves you can make to preserve your finances. Gold is potentially the most valuable asset on the planet. Countries like Russia and China continue to stockpile and add to their reserves year after year. They fear the economic problems on the horizon for the US and the global economy on the whole.

It’s in your best interest to follow suit by purchasing gold as an investment. Once a precious metals IRA account is in your name working for you, you can begin stockpiling gold. It will hedge your bets against the falling US dollar and the failing US economy.

Remember, gold is accepted legal tender anywhere in the world. And it’s a highly liquid asset that you can easily sell for any currency that you desire. It doesn’t matter if it’s the dollar, the kruggerand, the yen, the yuan, the pound, or another currency.

So do yourself a huge favor and begin learning about gold IRA investing. Even more important, focus your initial research on learning about the top gold IRA custodians in the industry. Or if you prefer, you could always use our favorite recommendation. We’ve already vetted them and determined that they are our favorite out of the bunch.

What Can President Donald Trump Do to Get Fed Officials to Consider Cutting Interest Rates?

As mentioned, many steps that President Trump has taken over the last three or four weeks has Fed officials talking. They see he intends to impose tariffs on Mexico, and he’s definitely in a trade war with China. Creating financial upheaval with global powerhouses is going to hurt the US economy, even if only temporarily.

Think about it. If Donald Trump continues to impose tariffs on China, they will continue to impose tariffs on the US. This means goods purchased from China in the US will cost more than they did in the recent past. The American people will suffer because they’ll have to spend more money than they are typically accustomed to spending.

How Do Retirees Fit into This Picture

As far as retiring goes, this can create serious trouble for retirees on a fixed budget. First, the impending price hikes make it harder for retirees to pay for goods and services. Next, Trump’s overall changes will ultimately hurt their stock market accounts, 401(k)s, IRAs, and other investments. They are counting on these investments to support them in the future.

Seriously consider a gold IRA rollover if you’d like to roll over your current retirement account. Or if you’re just getting started, think about opening a precious metals IRA now. You can begin hedging your bets against the failing US economy and a falling US dollar.

As you can see, Donald Trump is creating temporary economic upheaval for the good of the nation. His goal is to create better trade deals with China and Mexico. The proposed sanctions are temporarily making certain goods and services more expensive and they are negatively impacting the global economy. This in turn is having a negative impact on the US stock market and the US economy.

Keep yourself safe, sound, and financially protected from Donald Trump and his ideas even though the changes are well-meaning. Open a gold IRA account and begin investing in physical gold. It’s the one investment that seems to rise in value when everything else is falling apart all around it.

Take time out of your busy schedule to learn more about investing in a gold IRA. And particularly focus on reading up on the current gold IRA custodians. Choosing the right one is crucial to your investing success.