How High Can Silver Prices Possibly Go in 2019 and Beyond? 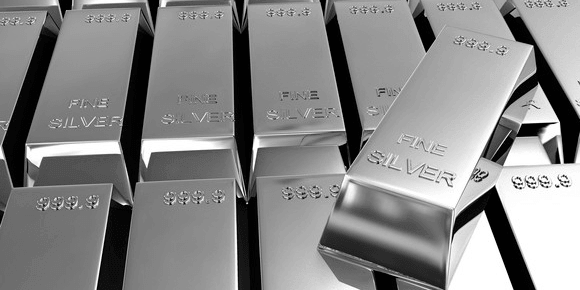 The drugs of choice for governments—money printing, deficit spending and nonstop debt increasing—have proved to be too addictive for world leaders to break their habits.

At this point, the US and other governments around the world have toked, snorted, and mainlined their way into an addictive corner; they are completely hooked.

The Fed and their international central-bank peers are the drug pushers, providing the easy money to keep the high going. And despite the Fed’s latest taper of bond purchases, past actions will not be consequence-free.

At first,drug-induced highs feel euphoric, but eventually the body breaks down from the abuse. Similarly, artificial stimuli and sub-rosa manipulations by central banks have delivered their special effects—but addiction always leads to a system breakdown.

When government financial bailout addicts are finally forced into cold-turkey withdrawal, the ensuing crisis will spark a rush into precious metals.

The situation will be exacerbated when assets perceived as “safe” today—like bonds and the almighty greenback—enter bear markets or crash entirely.

As a result, the rise in silver prices from current levels won’t be 10% or 20%—but a double, triple, or more.

If inflation picks up steam, $100 silver is not a fantasy but a distinct possibility.

Gold will benefit, too, of course, but due to silver’s higher volatility, we expect it will hand us a higher percentage return, just as it has many times in the past.

Eventually, all markets correct excesses. The global economy is near a tipping point, and we must prepare our portfolios now, ahead of that chaos, which includes owning a meaningful amount of physical silver along with our gold. It’s time to build for a big payday.

Why I’m Excited about Silver? Many Reasons!

When considering the catalysts for silver, let’s first ignore short-term factors such as net short/long positions, fluctuations in weekly ETF holdings, or the latest open interest. Data like these fluctuate regularly and rarely have long-term bearing on the price of silver.

I’m more interested in the big-picture forces that could impact silver over the next several years.

The most significant force, of course, is what I stated above: governments’ abuse of “financial heroin” that will inevitably lead to a currency crisis in many countries around the world, pushing silver and gold to record levels.

At no time in history have governments printed this much money. And not one currency in the world is anchored to gold or any other tangible standard.

This unprecedented setup means that whatever fallout results, it will be of historic proportions and affect each of us personally.

Specific to silver itself, here are the data that tell me “something big this way comes.”

The Inflation-Adjusted Silver Price Has a Long Way to Go

One hint of silver’s potential is its inflation-adjusted price. I asked John Williams of Shadow Stats to calculate the silver price in June 2014 dollars (July data is not yet available).

Shown below is the silver price adjusted for both the CPI-U, as calculated by the Bureau of Labor Statistics, and the price adjusted using ShadowStats data based on the CPI-U formula from 1980 (the formula has since been adjusted multiple times to keep the inflation number as low as possible).

The $48 peak in April 2011 was less than half the inflation-adjusted price of January 1980, based on the current CPI-U calculation.

If we use the 1980 formula to measure inflation, silver would need to top $470 to beat that peak.

I’m not counting on silver going that high (at least I hope not, because I think there will be literal blood in the streets if it does), but clearly, the odds are skewed to the upside—and there’s a lot of room to run.

Producers have been forced to reduce costs in light of last year’s crash in the silver price. Some have done a better job at this than others, but check out how margins have narrowed.

Relative to the cost of production, the silver price is at its lowest level since 2005.

Keep in mind that cash costs are only a portion of all-in expenses, and the silver price has historically traded well above this figure (all-in costs are just now being widely reported).

That margins have tightened so dramatically is not sustainable on a long-term basis without affecting the industry.

It also makes it likely that prices have bottomed, since producers can only cut expenses so much.

Although roughly 75% of silver is produced as a by-product, prices are determined at the margin; if a mine can’t operate profitably or a new project won’t earn a profit at low prices, the resulting drop in output would serve as a catalyst for higher prices.

Furthermore, much of the current cost-cutting has come from reduced exploration budgets, which will curtail future supply.

Various entities hold inventories of silver bullion, and these levels were high when US coinage contained silver.

As all US coins intended for circulation have been minted from base metals for decades, the need for high inventories is thus lower today. But this chart shows how little is available.

You can see how low current inventories are on a historical basis, most of which are held in exchange-traded products.

This is important because these investors have been net buyers since 2005 and thus have kept that metal off the market.

The remaining amount of inventory is 241 million ounces, only 25% of one year’s supply—whereas in 1990 it represented roughly eight times supply.

If demand were to suddenly surge, those needs could not be met by existing inventories.

In fact, ETP investors would likely take more metal off the market. (The “implied unreported stocks” refers to private and other unreported depositories around the world, another strikingly smaller number.)

If investment demand were to repeat the surge it saw from 2005 to 2009, this would leave little room for error on the supply side.

Conclusion of the Bear Market

This updated snapshot of six decades of bear markets signals that ours is near exhaustion. The black line represents silver’s decline from April 2011 through August 8, 2014.

The historical record suggests that buying silver now is a low-risk investment.

Cheap Compared to Other Commodities

Take a look at how the silver price compares to other precious metals and the most common base metals.

Only nickel is further away from its all-time high than silver.

Another indicator of silver’s potential is how much it represents of global financial wealth, compared to its percentage when silver hit $50 in 1980.

In spite of ongoing strong demand for physical metal, silver currently represents only 0.01% of the world’s financial wealth. This is one-twenty-fifth its 1980 level. Even that big price spike we saw in 2011 pales in comparison.

There’s an enormous amount of room for silver to become a greater part of mainstream investment portfolios.

Watch Out for China!

It’s not just gold that is moving from West to East.

Don’t look now, but the SHFE (Shanghai Futures Exchange) has overtaken the Comex and become the world’s largest futures silver exchange. In fact, the SHFE accounted for 48.6% of all volume last year.

The Comex, meanwhile, is in sharp decline, falling from 93.4% market share as recently as 2001 to less than half that amount today.

And all that trading has led to a sharp decrease in silver inventories at the exchange.

Since January 2013, silver inventories at the Shanghai Futures Exchange have fallen a remarkable 84% to a record low 148 tonnes. If this trend continues, the Chinese exchanges will experience a serious supply crunch in the not-too-distant future.

These are my top reasons for buying silver now. Based on this review of big-picture data, what conclusion would you draw?

If you’re like me, you’re forced to acknowledge that the next few years could be a very exciting time for silver investors.

Just like gold, our stash of silver will help us maintain our standard of living—but may be even more practical to use for small purchases.

And in a high-inflation/decaying-dollar scenario, the silver price is likely to exceed consumer price inflation, giving us further purchasing power protection.

The bottom line is that the current silver price should be seen as a long-term buying opportunity. This may or may not be our last chance to buy at these levels for this cycle, but if you like bargains, silver’s neon “Sale!” sign are flashing like a disco ball.

If you are ready to invest in IRA-approved silver bullion, view our List of Top 10 Gold/Silver IRA Companies and rollover your retirement plan or invest your resources directly into purchasing one now!

Do you have any questions on how high silver prices can possibly go in 2019 and beyond? Ask below!