Is a Gold ETN a Good Hedge Against Inflation? 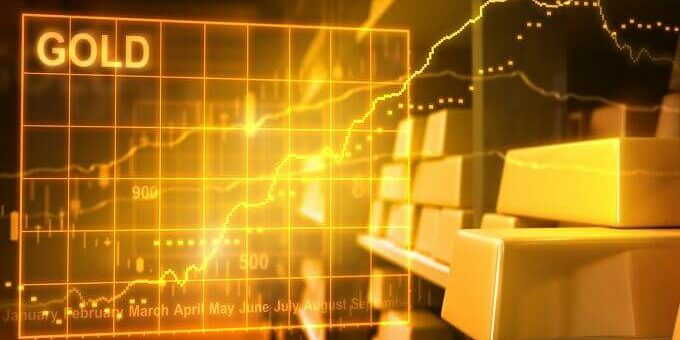 Rightly or not, gold is widely viewed as an inflation hedge — a reliable measure of protection against purchasing power risk. The precious metal may not be the best option for that purpose, though. Some gold investors fail to consider its volatility as well as its opportunity cost, while others fail to anticipate storage needs and other logistical complexities of gold ownership.

ETN’s are securities combining the aspects of bonds with aspects of ETF’s (with minor differences).

Their value is based on the performance of a market index or other benchmark, but contrary to ETF’s, the funds don’t actually own anything. They are debt notes – a promise to pay an amount on the maturity day, depending on the performance of the index or other benchmark it’s been linked to. An ETN’s value is also influenced by the credit rating of the issuer – it may drop if its rating is downgraded. ETF’s on the other hand are products representing a share in the underlying security. Generally, gold and silver ETN’s are often useful for traders, but long-term investors should own physical metals, not notes.

The first ETN, named iPath, was issued by Barclays Bank on June 12, 2006. It was soon followed by ETN’s created by Bear Stearns and Goldman Sachs, and later by BNP Paribas, UBS, Lehman Brothers, Morgan Stanley, Credit Suisse and Deutsche Bank. Two years after the issuance of iPath there were 56 ETN’s from nine issuers on the market.

ETN’s are treated as prepaid contracts. Any difference between purchase and sale price is treated as a capital gain. They don’t make any capital distributions, and they don’t pay interest or dividends. The tax payment can be deferred – it is paid when the investor decides to sell their investment. Long-term capital gains have a lower tax rate than short-term capital gains or interest.

There’s no way one can avoid paying the tax, but control over its timing can be a huge benefit for many investors. It is because ETN’s do not have any inherent short term capital gains (unless liquidated early), they can be more favorable than ETF’s (where gains come from short term capital changes such as the rolling over of underlying futures).

ETN’s don’t have any tracking error – their performance matches the performance of the underlying asset, index or commodity.

ETF’s, on the other hand, may not exactly match it and may be subject to some discrepancies. Although an ETN tracks some index, its return is not based on it. ETN is just a promise to pay its holder an amount replicating the underlying index.

ETN’s can be bought or sold on stock exchanges during normal trading hours. They can also be redeemed directly to the issuing bank. The latter may be subject to additional charges. Redeeming more than 50,000 units, however, is possible only once a week.

ETN’s are available for a wide variety of underlying assets such as commodities, stocks, currencies and market indexes.

Gold ETN’s are a popular means of investing in / trading gold without the need to deal in futures or own physical gold. Similarly, silver ETN’s are used to invest in / trade silver instead of using futures or physical silver. Gold ETN’s are widely used because they come with no tracking error (as compared to ETF’s) and are one of the most liquid ETN’s in the market. Gold ETN’s can be acquired either long or short and can be both: leveraged and unleveraged. It is usually the combination of leverage and ease of investment that appears most appealing to traders

Slow and Steady vs. Gold Fever

Like any other investment, gold fluctuates in price. Investors may have to wait long stretches to realize profits, and research shows that the majority of investors enter when gold it’s near a peak, meaning upside it limited and downside is more likely. Meanwhile, slow but steady Treasuries provide less excitement but reliable income. And the longer the gold is held over Treasuries, the more painful these opportunity costs can become, due to sacrificed compound interest.

An arguably lesser but no-less present worry: some gold investors also must contend with the chore of safely storing their investment, by vaulting it at home or by acquiring a bank safe deposit box. But in either scenario, bullion coins that are held for one year or longer are classified as “collectibles” — similar to artwork, rare stamps or antique furniture. Whether the precious metal is in the form of an American Eagle gold coin, a Canadian Gold Maple Leaf coin or a South African Krugerrand, its sale automatically triggers a long-term federal capital gains tax rate of approximately 28% — nearly double the 15% capital gains rate for typical stocks.

All of that said, gold has fared better than silver, platinum, palladium recently, as well as most other precious metals. After hitting almost $1,900 per ounce in 2011, gold bottomed out at around $1,188 per ounce last December, and in March climbed to over $1,380 per ounce before leveling off at about $1,218 today. Gold’s rise this year is at least partially due to the formidable defense gold and silver presents against the eroding value of paper currency. But in light of this trajectory, many believe gold’s future performance is uncertain, and favor a shift to Treasuries.

The Case for Treasuries

The biggest draw in buying Treasury bonds instead of gold is that the former locks in certain returns on investment. Prescient investors who saw fit to buy $10,000 in 30-year Treasury Bills in 1982, would have pocketed $40,000, when the notes reached maturity with a fixed 10.45% coupon rate. Of course, the days of double-digit percent coupons may be long gone. In January 2014, for example, the U.S. Treasury auctioned another round of 30-year bonds with just a 3% coupon. Nonetheless, such bonds cans still comprise a key element to any risk-averse portfolio.

Depending on your income level, Treasury investments are typically more favorable tax-wise. But gold investors may level the capital gains tax playing field by investing in gold exchange-traded-funds (ETF’s), which are taxed exactly like typical stock and bond securities. Within the ETF framework, there are three distinct ways in which investors may participate. The first, gold mining ETF’s, benchmark against mining companies, appealing to investors who are not interested in actual commodity ownership. An example of such an ETF is the Market Vectors Gold Miners ETF (GDX).

The next, gold ETF futures, gain exposure to gold through futures contracts. Because these funds hold a combination of contracts and cash — usually parked in Treasury bills — they’re able to generate interest income to offset expenses. An example is AdvisorShares Gartman Gold/British Pound ETF (GGBP). Finally, there are pure-play ETF’s, which strive to reflect the performance of gold bullion by directly investing in gold trusts. Bullion bars are purchased, stored in bank vaults and insured. While pure-play ETF’s may track the bullion more closely, they have the disadvantage of being taxed more heavily than other versions. An example is PowerShares DB Gold Short ETN (DGZ).

In my opinion, the most egregious error investors make is to use gold stocks as substitutes for gold bullion. They are not the same thing.

Gold stocks are financial assets that have claims on gold bullion, while gold bullion is a real asset that, again, is not a liability on anyone else’s balance sheet. In deflationary 2008, gold bullion was up 5.8%, while the larger-cap PHLX Gold and Silver Index (XAU) was down 27.7%. This was driven by fund liquidations because of investor redemptions, resulting in gold stocks’ cheapest valuation since the bull market began in 2000 in relation to the price of gold. You can see that by simply dividing the value of the XAU index and the gold price.

Since the central bank has embarked on quantitative easing, much as was outlined in Bernanke’s helicopter speech, I expect more dollars to chase a finite supply of gold for some time to come, even in a deflationary environment caused by tight credit conditions. This is likely to put upward pressure on gold prices.

Gold ETN as a Hedge Against Inflation

Gold bullion is investable through the SPDR Gold Shares (GLD), which trade at one-tenth the price of gold and will deliver nearly identical performance. For those who can take the risk, there is a new product called the Deutsche Bank Double Long Gold (DGP), which delivers double the monthly performance of gold bullion. But keep in mind that while the GLD is an exchange-traded fund that holds physical bullion, the DGP is an exchange-traded note (ETN) that holds no bullion. Instead, the DGP is a liability of Deutsche to pay double the return of gold to those who buy the ETN. If Deutsche fails — and it really is too big to fail, as it is the biggest financial institution in Germany — the ETN is worthless, as was the case with similar ETNs from Lehman Brothers.

Another way to have leverage to the gold price is via the purchase of gold stocks. The Market Vectors Gold Miners ETF (NYSE:GDX) offers a nice broad participation in both large and medium precious-metals producers. Among the ETF’s top holdings are AngloGold (NYSE:AU), Barrick Gold (NYSE:ABX), and Gold Fields (NYSE:GFI).

The last time gold was near $1,000 an ounce in March 2008, the GDX was trading near $55. Eleven months later, gold is again near $1,000 an ounce and the GDX is trading near $35, while gold mining costs have declined courtesy of the collapse in the price of oil. Due to the use of heavy diesel-powered mining equipment and many chemicals, the price of oil is a big component of mining costs. In other words, gold stocks look like a great buy on any pullback here.

A great fund that tends to invest in smaller, more leveraged gold stocks is Tocqueville Gold (TGLDX). The fund has about $500 million in assets under management and currently has large stakes in Randgold Resources (NASDAQ:GOLD) and Goldcorp (NYSE:GG). Its expense ratio of 1.44% is right at the category average. The manager, John Hathaway, has been there for 10 years and has done a great job over that period. The bad performance in 2008 is not his fault, so it may be a good time to consider the fund.

Gold tends to do well in financial turmoil — be it deflationary or inflationary — and poorly in good times. Since this economic mess is far from over, now’s a great time to take a look at getting some.

Knowing when to bow out of gold can be a tough call. As a hedge against inflation (and geopolitical risk), gold has ascended to great highs over the past decade, due to liberal central bank policies, such as the Federal Reserve’s recent quantitative easing programs. From here, gold could rally or fall further; no one can predict which way it will go. On the other hand, Treasuries take speculation (as well as some excitement) out mix. Savvy investors should take a sober look at gold versus Treasuries in their portfolios and construct an allocation mix that best suits their temperament and time horizon.

The alternative? Purchase or rollover your existing 401k or retirement plan to a self-directed individual retirement account (SDIRA) consisting of physical gold bullion and coins with the option of adding other physical precious metals. Read more about our best gold IRA options here.

If you are already convinced that investing in a Gold IRA consisting of physical precious metals is the best way to utilize gold as a hedge against inflation, we recommend that you work with the most trusted company in the industry. View our List of Top 10 Gold IRA Companies here.

Do you have any questions on how buying a Gold ETN is a good hedge against inflation? Ask below!