Rising Gold Prices Indicate the Worst Is Yet to Come 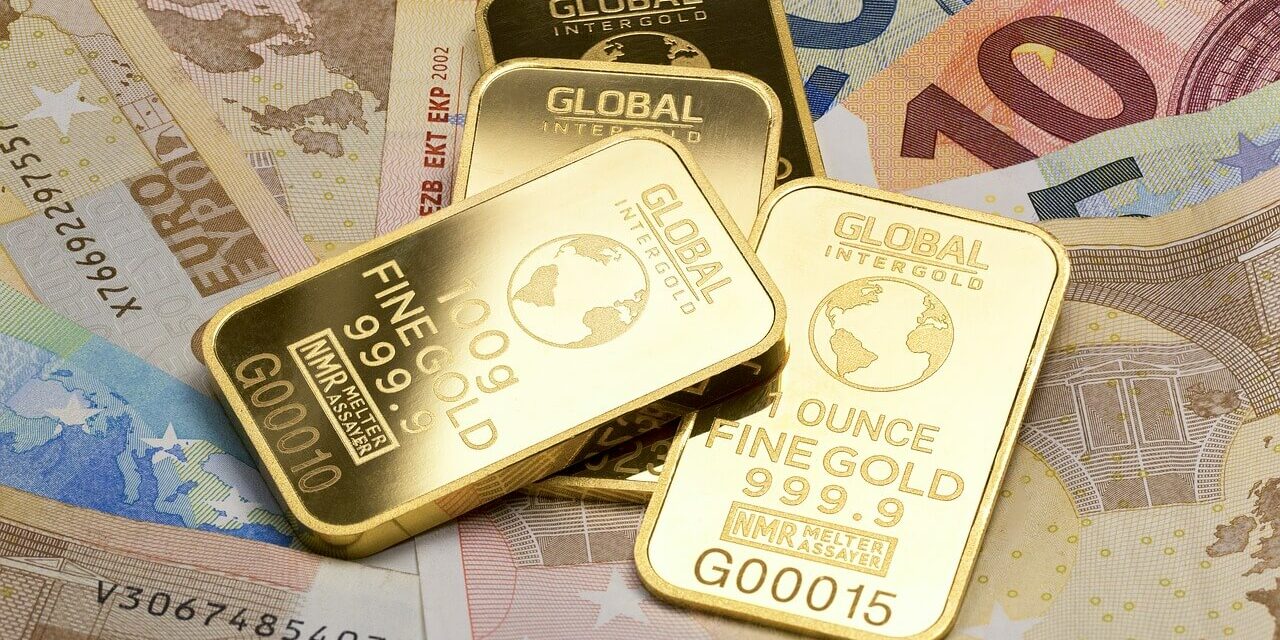 A few weeks ago gold smashed through its former $1350 per ounce price barrier. It hasn’t reached price levels this high since 2012, and for weeks now it’s maintained these higher highs. In fact, not only did it break through the $1400 per ounce barrier, it busted through the ceiling so fast that it reached $1430 per ounce the next day.

At the time of this writing, the current gold price is $1422 per ounce and climbing. If you know anything about precious metals investing, rising gold prices typically doesn’t bode well for the US economy. As a matter of fact, the current price spike comes on the heels of Fed chairman Jerome Powell. He’s hinting that he’ll be cutting interest rates again in July. Obviously the market reacted in kind.

But the Fed chairman’s hints at lower interest rates are only one factor currently supporting gold today. The truth is quite clear. Economic turmoil and geopolitical strife exists all around the globe right now. These factors and others are reasons enough for gold to bust through former plateau levels.

And to top it all off, other issues also factor into the equation. They include the following reasons to consider gold IRA investing:

We’ve clearly reentered tumultuous financial times on a global scale. The economic turmoil doesn’t seem like it’s going to slow down anytime soon. Investing in a precious metals IRA is an effective way to protect your economic interests. It’s the perfect way to distance yourself from the tumbling US dollar.

Busting Through the $1350 per Ounce Gold Prices Barrier

As crazy as it sounds, gold has found itself in a very limited price pattern for the last seven years. Although it would break through this price barrier on occasion during this time, speculators would then sell their gold to drive the price right back down again.

They sold their gold to take profits and nothing more. These traders manipulate prices for the short-term. But the economy and other geopolitical factors will ultimately drive up the price of gold in due time.

In fact, it’s happened numerous times in the last seven years according to George Milling-Stanley. He’s the Head of Gold Strategy for State Street Global Advisors in case you’re wondering. So he knows what he’s talking about.

According to other gold strategists, they say current technical indicators prove that the sentiment around gold is changing. And they believe it is changing for good.

Why? One expert named Nicky Shiels of Scotiabank remembers gold’s attempts to cross the $1350 per ounce barrier. It tried and failed six times during the last four years. Now that gold has finally busted through this ceiling, she believes the $1350 ceiling is now the current floor. She feels this significant move is a precursor of things to come.

Are Geopolitical Forces Driving the Price of Gold Higher?

At a historical level, gold prices and interest rates tend to move in opposite directions. When interest rates are cut by the Federal Reserve, it weakens the US dollar. This in turn causes investors to get nervous. They take their money out of riskier investments like the stock market and stockpile it in gold.

Why? Gold doesn’t fall under the purview of the Federal Reserve. And gold prices aren’t going to suddenly drop during geopolitical struggles and strife. In fact, it’s quite the opposite. Gold tends to gain value during tough geopolitical times.

Take the ongoing trade war between China and the United States as an example. Let’s not forget about the threat of war between Iran and the US. And the statement by the Federal Reserve was the final match to light gold prices on fire. They’ve busted through the glass ceiling and could very well continue to rise in this tough climate.

Is the Trade War with China Truly Over?

Unfortunately, the US and China trade war is currently on pause. But make no mistake and convince yourself that it’s over. Sure, Trump and President Xi met at the G 20 summit in Osaka. Everything wasn’t exactly wine and roses although they set their differences aside for the time being.

Some things mentioned during the G 20 summit by President Xi include:

As you can see, the trade war is far from over. In truth, it may never come to an end during the Trump presidency. This can and will certainly push the value of a gold IRA much higher in the months and years to come.

Current oil policies are also providing support for gold. Saudi Arabia and Russia made an agreement to continue to reduce oil production for another 6 to 9 months. This will create less supply and more demand, ultimately driving the price of oil higher.

How does this affect gold prices? Typically speaking, when oil prices remain high, gold tends to remain high right along with them. This is another reason for gold prices to remain above the $1350 per ounce barrier.

The instability, economic turmoil, and current geopolitical climate prove that it’s time to open a gold IRA account. Never allow yourself to become a hostage of an unfavorable economic and geopolitical situation.

Instead, take some time to learn how to hedge your bets against inflation and other factors. Are you ready to take matters into your own hands?

Learn about investing in a gold IRA sooner rather than later. In fact, we recommend visiting the List of Top 10 Gold IRA Companies. It’s an excellent resource to further your education about precious metals investing for retirement.

Do you have any questions on the article or how to protect yourself from the worst that is yet to come? Ask below!