Russia and China Prepare for the Impending Dollar Crisis 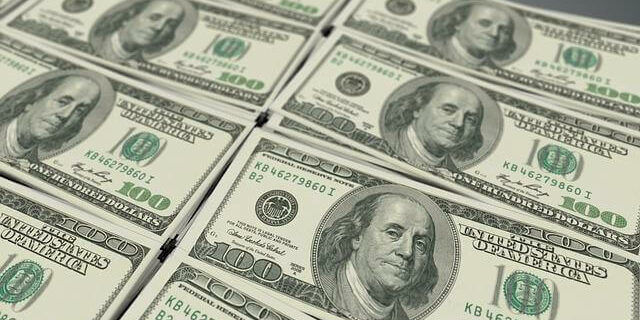 Is there an impending dollar crisis on the horizon? Many financial insiders including Peter Schiff believe that trouble is on the way.

They’ve recognized evidence of the potential dollar crash based on events taking place in the global financial markets. They also see other countries like China and Russia taking steps to protect themselves against the eventual downfall of the US dollar.

Many Americans continue to keep their collective heads in the sand. They ignore the telltale signs of a major financial US currency crisis. But savvy investors can capitalize on their mistakes.

They can begin adding more gold to their precious metals IRA retirement account. So if the inevitable were to happen, these intelligent current or future retirees would continue to live comfortably. This would only be possible because they hedged their bets and invested in gold instead of keeping complete trust and faith in the US dollar.

Don’t worry if this seems unpatriotic because nothing could be further from the truth. Smart people are willing to do what’s necessary to protect themselves and their families.

So take time to learn about investing in a gold IRA. Even more important, recognize that not all gold IRA custodians were created equal. So take time out of your busy schedule to research your options or consider our favorite recommendation.

How Russia Is Preparing for an Impending Dollar Crisis

Vladimir Putin and the Russians are steadily backing away from the US dollar. In 2018 alone, analysts at Bank of America determined that Russian US dollar reserves fell from 46% to 22%. Obviously they are losing faith in the US and want to distance themselves from an impending dollar crash.

During the opening four months of 2019, Russia has continued its quest to acquire as much gold as they can possibly get their hands on. In fact, they’ve grown their gold holdings by 71.53 tons in this timeframe.

Why the sudden shift in thinking? Why are they desperately trying to move away from the US dollar and move toward building their gold reserves?

Simply put, the Russians see the writing on the wall and recognize that the current trade war between China and the US is creating massive financial turmoil that they ultimately believe will lead to the downfall of the US dollar. Or to put it in a different way, they feel like the value of the US dollar is going to plummet and it may never recover.

Take the hint, dear savvy investors. Put your differences aside for a moment and really think about what the Russians are doing.

The US financial empire is in serious crisis mode at the moment and the Russians have decided to hedge their bets. They cut their exposure to the US dollar by more than 50%. And they’ve added more than 200 tons of gold to their reserves for the last four years in a row and counting.

Investing in gold and adding it to your gold IRA is the perfect way to protect your financial assets. This way, you don’t end up losing everything if the absolute worst were ever to happen.

How China Is Preparing for an Impending Dollar Crisis

China is on a similar path as the Russians but they have even more of a reason to want to back away from the US dollar. The Chinese and the US are currently embroiled in a trade war so China is taking steps to add value to their currency, known as the yuan, while they attempt to devalue the US dollar in the process.

Guess what? When a massive country like China uses its large and intimidating stockpile of US treasuries as a threat, it definitely has major firepower to cause serious damage to the US dollar.

How so? Well, the Chinese can begin selling their US treasuries in a firesale if they feel so inclined. A firesale is the kind of sale where you sell goods or services, or in this scenario US treasuries, for a fraction of their real value.

At this point, the Chinese are currently selling off some of their US treasuries. But it hasn’t reached firesale levels just yet. Throughout 2018, the Chinese have sold roughly $50 billion worth of US treasuries and their current holdings are at their lowest levels since the spring of 2017.

All of this US treasuries selling is adding serious pressure to the US dollar. That’s why it has precipitously dropped in value and is continuing to move in the wrong direction.

As the US dollar falters, prices rise because the dollar just isn’t worth as much as it used to be. So a $3 loaf of bread now costs $5 and a steak dinner at a fancy restaurant now costs $150 per plate instead of the typical $50 cuts of prime rib and New York strip steak.

As the Chinese sell their US treasuries, they also continue to add to their gold reserves. They’ve added 47.9 metric tons of gold in the first four months of 2019. And indeed they have no plans of slowing down anytime soon.

Are you seeing the pattern yet? Major countries are bailing out of the US dollar and investing in gold. Are you doing the same?

If not, first you need to learn more about investing in a gold IRA. After that, you need to begin investigating gold IRA custodians. Or trust our recommendation and invest with our favorite online gold seller.

At this stage of the game, you should clearly see the impending trouble on the horizon for the US dollar. This potential crisis is very real. Don’t try to pretend otherwise.

When major players like China and Russia sell off their exposure to the US dollar to put their money in gold, you really need to stand up and take notice. You can continue to sit on the sidelines and hope that President Trump can weasel his way out of this situation. Or you can take matters into your own hands and proactively begin protecting your financial future by investing in a self-directed precious metals IRA retirement account.

What’s it going to be? Will you protect yourself and your family? Or will you simply hope that everything works out and take no action at all? Only you can decide and we hope you make the right choice.

Do you have any questions on the article or why you should invest in a gold IRA? Ask below!