The Benefits of a Bitcoin Self-Directed IRA 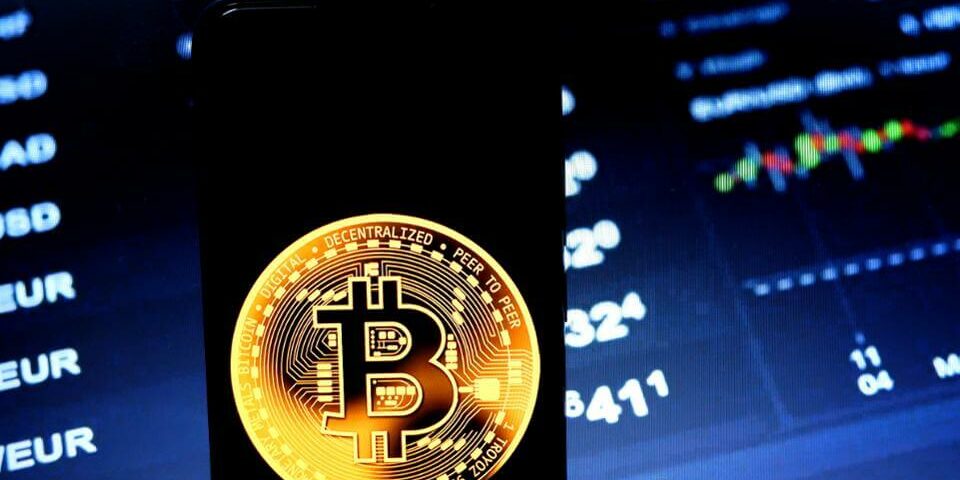 For the second time in a little over a week, the Dow Jones Industrial Average is being rocked by a massive selloff. Although the point/percentage drop isn’t as bad as last week, the Dow is still down nearly 800 points or 3%.

After reading this fact, how comfortable do you feel owning traditional stock market investments? How about mutual funds, bonds, and real estate? None of these investment strategies perform well during difficult economic times. And although the world wants to believe the coronavirus crisis is over, nothing could be further from the truth. The stock market is always the first area to remind us that problems still exist.

As an example, did you know the stock market began selling off in early February? Most stay-at-home orders and lockdowns didn’t begin until mid-March. That’s six weeks after the market selloff.

How does this tie into opening a Bitcoin self-directed IRA? Simply put, Bitcoin and alternative investments like precious metals don’t track the same way as traditional investments. In fact, they tend to move in the opposite direction during signs of trouble.

Bitcoin is steadily approaching $10,000 per coin once again. Gold and precious metals prices are through the roof. And this is all happening during crazy economic times across the globe.

As you are about to learn, having a cryptocurrency IRA is a good idea in all economic scenarios. But it’s even better to hedge your bets against a rough economic downturn. You’ll still preserve your digital wealth while the US dollar crumbles.

Besides the dire financial situation the world economy finds itself in, there are other benefits to owning a Bitcoin IRA. You’ll love having a self-directed IRA because of the control you get. You aren’t reliant upon a stockbroker or investment advisor who gets paid whether you succeed or fail. You’ll take the bull by the horns and control your own investment future. And you’ll make a lot more money in the process.

We’ll now take a look at other benefits of owning a Bitcoin self-directed IRA.

Many investors feared jumping into the fray because Bitcoin and other forms of crypto seemed like an underground investment. By underground we mean it wasn’t a big part of the mainstream. But you couldn’t deny the success that many early Bitcoin adopters achieved.

In fact, Bitcoin alone has created nearly 18,000 millionaires as of August 2019! Even more important, individual investors aren’t the only ones to take notice. Mainstream companies have hopped on the bandwagon and are now accepting Bitcoin in return for selling their goods and services.

Some of the most recognizable companies to currently accept Bitcoin include the following:

And that’s just some of the most popular companies online and doing business in brick-and-mortar stores. Sports teams (before the shutdown) began accepting Bitcoin for game tickets, merchandise, and other game related expenses.

The teams accepting Bitcoin include:

You can bet your bottom dollar that other prominent sports franchises will eventually hop on the bandwagon. It shouldn’t surprise anyone to learn that lots of prominent websites accept Bitcoin for payments and donations.

Some popular websites accepting Bitcoin include:

All this is to say that Bitcoin has breached the zeitgeist. It’s more popular than ever and it will continue to gain popularity as the years go by.

As an investor, you must realize that opening a cryptocurrency IRA is still in its infancy. Self-directed IRA accounts with crypto exposure have only existed for a handful of years. But there are excellent companies helping individual investors like you get started.

Our favorite company is Regal Wallet. We’ve also reviewed other companies with excellent reputations. Please click over to this page to learn more about the best companies helping investors open a Bitcoin IRA.

Besides the great companies mentioned above, other important individuals in the business and investing world recognize the value of crypto. They know the power of opening and investing in a Bitcoin IRA. They want you to know that they’re all for people investing in digital currencies.

Why are these prominent people interested in this investment? Just like you, they’d like to have a currency that doesn’t bow down to the whims of governments. They do not want to tie all of their wealth into a system that doesn’t have their best interests in mind.

The prominent people that I’m referring to include:

If you didn’t notice, the first name on the list is the former chairman of the Federal Reserve in the United States. If she thinks owning Bitcoin is a good idea then you should take a page out of her book. She knows better than anyone how vulnerable the US dollar and the American financial system really are. If she feels it’s necessary to pull away, you might want to reconsider your position on this investment as well.

At this moment, you might fictitiously believe that the cryptocurrency market is only available to the most prominent countries in the world. At one time, this line of thinking definitely made perfect sense. The cryptocurrency market has opened up to numerous countries throughout the years as the world evolves and things progress. And it’s going to continue to expand its reach along with the Internet.

What does this mean for your investment? It means that more and more people will want to get their hands on Bitcoin as they gain access to this technology. It means that the digital commodity that you’ll own in your retirement account will increase in value over time. And Bitcoin is capped at 21 million Bitcoins. This means the value will increase because of limited supply and enormous demand.

It’s easy to steal your identity, steal money over the Internet, and even print fake money. The US dollar, the UK pound, and the Chinese Yuan are all counterfeited from time to time.

Guess what? It’s virtually impossible to counterfeit cryptocurrency like Bitcoin, Ethereum, Litecoin, and other prominent digital currencies. The entire Blockchain system was designed to protect users against chargebacks, fraud, and illegal currency manipulation.

You’ll never get caught in the middle of credit card fraud when accepting digital currency payments. Again, the system was designed to protect buyers and sellers from this type of fraudulent manipulation. You’ll feel safe knowing that your currency is fully protected when you own a self-directed IRA with cryptocurrency exposure.

Are you ready to get started? Please read our review of the top Bitcoin IRA companies doing business today. And remember, our favorite choice is Regal Wallet. It would make sense to visit their page and sign up to receive their free investor’s kit.

In the digital cryptocurrency world, centralized governments and large businesses have zero control. They cannot take steps to raise or lower the value of these currencies whatsoever. They cannot interfere or manipulate these currencies to their advantage, kind of like the Federal Reserve does whatever it wants.

You get to sleep comfortably at night knowing that the value of your currency will remain intact. You don’t have to worry about your country going to war, suffering through a massive depression, or any other negative repercussions.

The value of Bitcoin and other digital currencies remains on the outside of these scenarios. And governing bodies have no say whatsoever and they could never grab control and suddenly begin regulating Bitcoin. Once more, the system was designed to protect you and other users from this situation.

You now know the value of opening a Bitcoin self-directed IRA. The benefits of this investment are truly outstanding. You’ll never have to worry about the whims of governments, big businesses, or economic downturns again. Your cryptocurrency IRA is insulated from these potentially devastating situations.

We highly recommend opening a self-directed Bitcoin IRA as soon as possible. Do you need help getting started? We’ve reviewed the top Bitcoin IRA companies doing business today. Please visit this page to read our reviews.

And focus on learning about Regal Wallet. They’re the best company operating in this space because they have impeccable customer service, the lowest fees, and their reputation is second to none. Visit the Regal Wallet homepage to sign up to receive their free cryptocurrency investor’s kit.