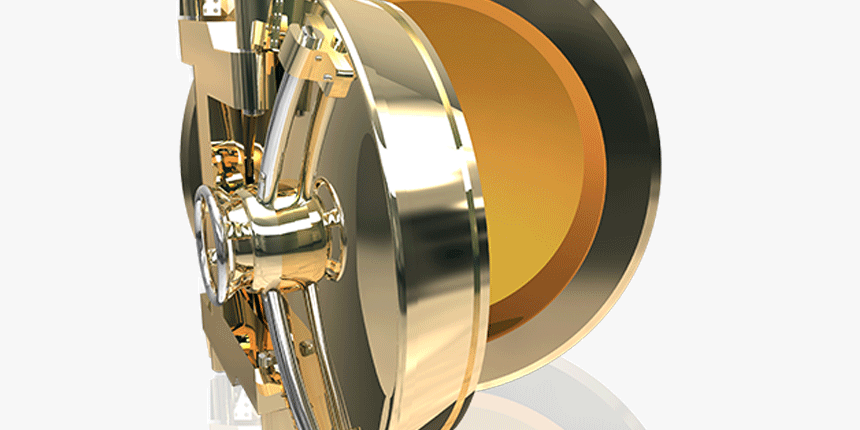 Believe it or not, many individual investors fail to realize that there is real danger when storing gold at home. Will it lead to physical danger? Absolutely not! But if you aren’t careful, ignoring the rules of the IRS could lead to serious and severe financial consequences.

The most important thing to understand is that gold storage isn’t really allowed at home. But there is a gray area with IRA LLCs.

If you’re thinking about intentionally making this mistake by storing gold at home, I really implore you to think again. Consider what happened to the McNultys before making this really foolish and financially harmful decision.

Keep reading to learn about the McNultys story and much more.

In the not too distant past, the Wall Street Journal shared an interesting story about a couple in Rhode Island. In the story, we learned that the McNultys decided to open a precious metals IRA account.

Instead of keeping their gold, silver, platinum, and palladium investments in an approved vault, they stored them at home. They put them in their home safe instead of paying the minuscule $100-$150 per year and following the rules.

When they first open the account, the couple deposited $750,000 into their new self-directed IRA. Now contrary to popular belief, this isn’t illegal. And it isn’t completely dishonest if done right, but it comes with a lot of red tape.

This type of gold IRA is known as an IRA LLC. It also has nicknames called a checkbook IRA or home storage IRA. The couple deposited their money into this type of IRA and the bulk of the funds was used to purchase silver and gold.

Andrew and Donna McNulty tried hard to follow all of the rules and regulations of a home storage gold IRA. But they unfortunately slipped up along the way and made mistakes.

Donna initially opened a bank account in the name of the LLC. She documented each one of her purchases of silver and gold coins and bullion. She labeled each of these coins as belonging to the IRA LLC. And then she put them in their safe at home.

A judge in the Tax Court of Rhode Island reviewed the McNultys at home storage practice. Unfortunately, he had something very different to say about the way Donna McNulty handled the transactions.

First off, once judges are involved you know you’re in a world of trouble. Unfortunately for the McNultys, the judge viewed their home gold IRA differently than they did. He said it left Donna McNulty with unfettered control of their gold purchases. And if he let her continue down this path, it could lead to serious gold IRA abuse.

The judge felt that there was a serious gray area in the law. According to the Rhode Island judge, he believes the laws are in place to provide independent oversight. This oversight is performed via third-party fiduciary to keep a close eye on bullion and coin investments.

So, without storage in a dedicated vault and trusted facility, it’s impossible for third-party oversight to happen. And the rules do not allow gold and silver storage to be maintained at home.

In the end, the McNultys had no choice but to pay more than $300,000 to the IRS in back taxes. They broke the rules and they had to suffer the consequences of their actions. This unfortunately really hurt this couple’s chances at having a comfortable retirement.

You do not want to make the same mistake. Avoid a home storage gold IRA like the plague. Because it could lead to throwing away hundreds of thousands of dollars. And it could make your future retirement nearly impossible after wasting so much money on a foolish mistake.

Instead, get the proper help you need to invest in gold and silver the right way. Learn about the top gold IRA companies and connect with a great organization. They will help you follow all of the rules and regulations to the letter. And you’ll successfully fund your retirement future with precious metals investments according to the rules laid out by the IRS.

She believes that particular market forces will push the value of gold and silver much higher in the next decade. In particular, she believes that inflation is going to continue to rise. In fact, she feels inflation will go as high as 9% in the near term. And it will continue moving higher exponentially from that point.

She also feels the rhetoric from the Federal Reserve isn’t helping matters at all. She says their try and fail hawkish rhetoric is turning inflation into a black swan event. And in the 1970s when inflation climbed by 6%, the price of oil quadrupled during that time.

For context, right now the price of an ounce of gold is currently $1800 an ounce. What happens if her prediction comes true and gold reached $10,000 per ounce in the next 10 years? Well, simply put, the value of gold will increase by 456%!

If her silver projections come true, the value of this hot commodity will increase by a much wider margin. At the time of this writing, the price of silver is $22.33 per ounce. If it were to reach $500 per ounce in the next decade, the price would increase by 2139%!

Are you beginning to see the huge potential of investing in silver and gold? Do yourself a favor and connect with one of the top gold IRA companies right away. I recently reviewed my top 10 favorites, which you can read about it by visiting this page.

Contrary to popular belief, a home storage IRA is not illegal if the rules are properly followed. But many of us do not believe that it’s worth it. Investors may save a few hundred dollars a year storing gold on your own. But they leave themselves liable to huge penalties and fees.

To open a home gold storage IRA, you must follow the following rules:

If you can meet these criteria, you will qualify for managing your home storage IRA. But many people will not qualify to meet these stringent rules.

2) All Mandated Administrative Duties Must Be Followed to the Letter

The IRS has created administrative duties that must be followed at all times. If the owner fails to follow up on these important tasks, they are unfortunately breaking the rules. This could lead to serious negative consequences in the future along with hefty penalties and fees.

3) Your Savings Can Be Destroyed with One Security Breach

Obviously, you must protect your gold and silver investments and keep them safe. Otherwise, they can be stolen right out from under you. Keeping them stored in a safe at home might seem like a good idea. In truth, your investments are far from protected in a home safe. Seasoned criminals can break into them easily and wipe out your entire retirement future without warning.

The last thing anyone needs is to get into trouble with the tax courts. They are relentless and they’ll charge you a small fortune if you break the rules.

The McNultys were forced to pay over $300,000 in penalties, fees, and taxes because they failed to follow the rules. Their fees and penalties were based on an account worth $730,000, which is more than 40% of their money!

You do not want to get involved in this financially deadly situation.

Clearly, there are serious dangers to opening a home storage gold IRA. If you aren’t careful, you could end up losing serious money because you didn’t follow the rules.

Is there a better way? Absolutely! You need to connect with one of the top gold IRA companies in business right now. They know all of the rules and they follow all the regulations on your behalf. You’ll never run into problems with the IRS with them in your corner.

Learn about the top gold IRA companies right now by reading my detailed review. This invaluable information will help you choose the right company to help you with your retirement investments moving forward.