What is a Polymath Coin? 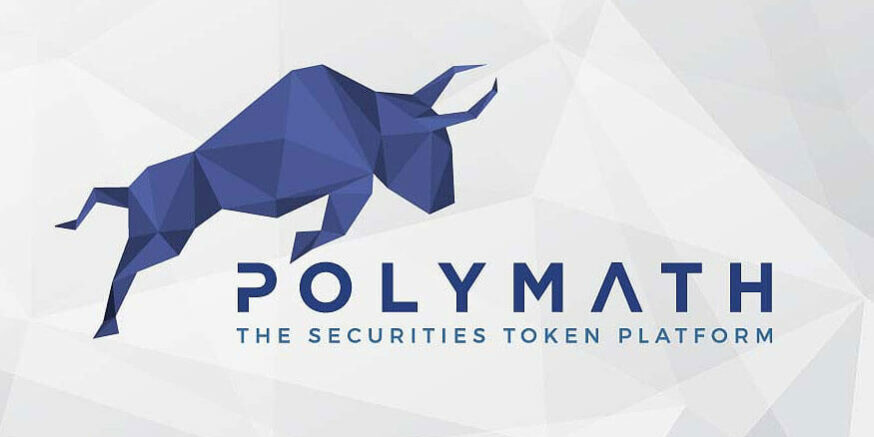 Polymath simplifies the legal process of creating and selling security tokens. It makes a new token standard, the ST20, and enforces government compliance. Only a “list of authorized investors and their Ethereum wallet addresses” can hold ST20 tokens. Therefore, token issuers don’t need to worry about the legal implications of their security falling into the wrong hands.

In 2017, ICO’s raised over $1.2 billion in funding by selling either utility or security tokens. Utility tokens, such as Walton Chain, give you access to a token’s network and are far more common than security tokens. Security tokens, however, provide equity or a claim to dividends from a company. As a result, security tokens, like any securities, are subject to government regulation.

Government regulations “require investors to receive financial and other material information concerning securities being offered for public sale.” The goal is to “prohibit deceit, misrepresentations, and other fraud in the sale of securities.” It seems like a noble goal given the frequency of ICO scams and at least 46% of 2017 ICO’s already failing.

For public offerings, companies must register their securities with the government. Unfortunately, this is an increasingly expensive and complicated process. Securities are then “bought and sold on secondary markets such as stock exchanges with fees ranging from 0.25% to 3%.” Polymath thus believes there is value in helping people legally registering their token while simultaneously providing a decentralized exchange with lower fees.

How Does Polymath Work?

Overall, there are one billion POLY tokens that will ever exist.

You could have signed up for the Polymath airdrop before January 10th, 2018. Subsequently, airdrop participants received 240 million tokens. At this point, the Polymath team retains the rest for future use. If you missed the airdrop, then you’ll need to trade for POLY on an exchange.

The token platform involves three layers: an application layer, a legal layer, and the protocol layer to ensure your token is compliant and stays compliant. These layers aim to reduce the legal complexity and ambiguity surrounding securities while also minimizing fees and improving the liquidity of assets.

After creating your new token, it’s still non-transferrable until a legal delegate confirms “that the steps have been completed for the token to be issued.” You’ll receive several bids from legal delegates, lawyers, but it’s up to you to perform due diligence and compare their fees. Once you choose a legal delegate, you send POLY for their fee to a smart contract and begin working together on the Polymath platform by securely sending necessary documents and working through the compliance process.

Part of the process entails delegates working with developers to build a smart contract specifically for your token. Then, the smart contract enforces investor requirements such as jurisdiction of investors, type of offering, hold time before tokens can be resold etc. After the necessary documents are sent and the smart contract completed, the legal delegate will set the address of your initial offering contract. You’re finally ready to start trading.

If you’d like to purchase a token on Polymath’s platform, you first need to have your identity and accreditation status confirmed by a KYC (know your customer) provider. You can search and choose a KYC provider on the Polymath network. Next, you’d send the required number of POLY tokens to escrow until your KYC process is completed. After submitting the necessary documents, the KYC provider can send information to a Polymath smart contract specifying details on your ability to buy securities. The information stored in the smart contract will also determine the amount of money you can invest in securities and where you can trade them.

While most tokens are easily tradable on exchanges, security tokens follow different rules due to numerous legal implications. In order to launch a legally compliant token, the Polymath platform brings together issuers, legal delegates, smart contract developers, KYC verification, and a decentralized exchange.

All transactions on the Polymath platform take place using the native POLY token. It’s important to know who owns a security token at all times due to securities potentially providing voting rights, dividends, or other income with tax implications. Exchanges currently avoid listing any token potentially considered a security to avoid security regulators.

However, with a token created through Polymath, the smart contracts verify who can buy and sell the token. Only investors authorized under Polymath’s KYC providers will be able to hold the token. This could, in theory, eliminate the fees associated with centralized exchanges that ensure security compliance.

All payments on the Polymath network require POLY, an ERC20 token. Here are some examples of its uses:

The team is led by Trevor Koverko, a veteran in both Silicon Valley and crypto currency. He’s also the founder of DAI, a private equity firm. There’s a saying in business that you want to skate where the puck is going, not where it has been. Given that Trevor was literally drafted by the New York Rangers of the National Hockey League, it’s likely he knows where the puck is going. He’s shown this skill in the past, buying into BTC when it was 20 dollars and Ethereum when 1 BTC would score you 2000 ETH. Along with Trevor, there are more than 30 ‘builders’ and advisors involved with Polymath.

To be sure, the success of Polymath is dependent on partnerships. Specifically, they need to bring in legal delegates, KYC providers, developers, buyers, and issuers. With this in mind, they partnered with IdentityMind to bring KYC providers aboard. Soon thereafter, they confirmed thousands of identities in the POLY airdrop.

Both SelfKey, a digital identity system, and BnkToTheFuture, another company associated with KYC, have partnered with Polymath to provide thousands of accredited investors. To demonstrate, Polymath advised tZERO on their ICO, which raised $100 million in just 12 hours. tZERO aims to also build an exchange to provide liquidity for legal security token holders. Most noteworthy, in 2018, Corl Financial Technologies, SeriesX, and Ethereum Capital all plan to have securities tokens created on the Polymath platform.

tZERO is also building an exchange for regulated security tokens. However, it’s likely that their platform would provide more synergy than a competition. The more people involved with developing legally compliant security tokens, the better. Polymath’s main competitor is the traditional method of registering a security with the SEC. However, you can see it is quite rigorous to file by looking at DropBox’s recent request for an initial public offering here.

Polymath airdropped its token on January 24th, 2018. It started trading with a value of US$0.789. However, it soon reached an all-time high of $1.64. Ultimately, the price of POLY will depend on the utility of the Polymath platform. If you see more coins launching on the ST20 standard, keep your eye on the price of POLY.

Where Can You Buy POLY?

Demand for POLY remains high on Asian exchanges with the majority of volume traded on Upbit and Binance. When the coin first launched, only a few exchanges provided access to the token. Fortunately, you now have a wide variety of options including Bittrex if you’re looking for an American exchange.

Where Can You Store POLY?

Since POLY is an ERC20 token, you can use MyEtherWallet for storage. The Polymath team also provides a resource of how to view your POLY tokens. You can also use popular hardware wallets, like the Ledger Nano S, to store your POLY.

What Does Polymath Do?

It’s really the company, Polymath, where one finds the differences that might make it a contender in the cryptocurrency space, and not in any particular technical aspect of their coin, POLY. POLY conforms to all the features available to any other ERC-20 token, and all one really needs to know about them is that there will be a maximum of 1 billion of them issued.

This lack of any differentiators on a technical level is reflected in Polymath’s whitepaper, the first half of which reads more like a history textbook, starting with The Bubble Act of 1720 and explaining the evolution of securities all the way up to the invention of the blockchain.

The second half of the Polymath whitepaper then explains the process of creating and issuing POLY tokens, using hypothetical case studies. Unlike many whitepapers which often lean on mathematical proofs to convey an air of legitimacy, the Polymath white paper is all about usage.

The lack of complicated mathematical formulas to justify some theoretical technological advantage should not be taken as a criticism, though. It merely highlights a difference. Essentially, Polymath is offering a service, and the question of their value needs to focus on whether or not that service meets a need.

Polymath’s purpose is to bridge the gap between the lucrative capital of the ICO market with regulation-bound financial securities. To bring this new form of investment to traditional financial instruments, the platform must nurture an ecosystem that goes comprises of more than just security – or in this case, token – issuers and investors, as we’ll see shortly.

In the traditional model, it is necessary for issuers to register with regulatory bodies, undergo an extensive underwriting process and integrate KYC norms before it can turn to the public for investment.

The ICO model operates a little differently – in most cases, KYC requirements are ignored. However, Polymath wants businesses to meet all jurisdictional laws and, for that, legal obligations must be followed. All transactions on the Polymath platform take place using the native POLY token.

To facilitate this, they have positioned legal delegates as an especially important stakeholder in the ecosystem — they are responsible for guiding token issuers through the compliance processes. From the investors’ side, KYC providers will validate the identity of participants to ensure they are accredited for certain investments. To assist with the technical procedures of launching a token, developers will also play a critical role in the ecosystem by creating and analyzing the initial contracts for the tokens.

The ecosystem formed by these 5 stakeholders –

– are worked into a solution that is effectively a marketplace where issuers and investors, who are the primary stakeholders, are supported by legal delegates, KYC providers and developers who facilitate the token investment process.

The latter 3 have an economic incentive to contribute to network. As legal delegates bid to help approve non-active security tokens and KYC providers verify investor credentials, they expect to see the token value rise. Assuming many companies succeed with this model, which will raise the value of the POLY token overall, there could be a robust pool of legal advisors vying for attention from token issuers within the Polymath system.

With this platform, securities can be rapidly tokenized and businesses can be eased into the process of raising capital through ICO’s. They would receive capital more quickly, from a larger pool of investors and avoid going through onerous processes of traditional capital raising.

In Polymath’s ideal world, all forms of securities become programmable tokens. As a result, businesses of any size have access to capital. Investors also have access to transparent information and can avoid scams. The Polymath team identified the inefficiencies of present-day securities. The platform perhaps offers a better alternative. Now, the question is, can they bring investors into their ecosystem?

According to the whitepaper, “the global securities market is composed of three major instrument types: equities, debt, and derivatives. In 2016, these three markets had total notional values of US $67 trillion, $99 trillion, and $1.2 quadrillion, respectively.”

If you are ready to invest in cryptocurrency for the long-term, we recommend storing them in a self-directed individual retirement account (SDIRA) with the most trusted company. Click here to view the Best Cryptocurrency IRA Options.

Do you have any questions on what is a Polymath Coin? Ask below!