Why Billionaires are Investing in Precious Metals 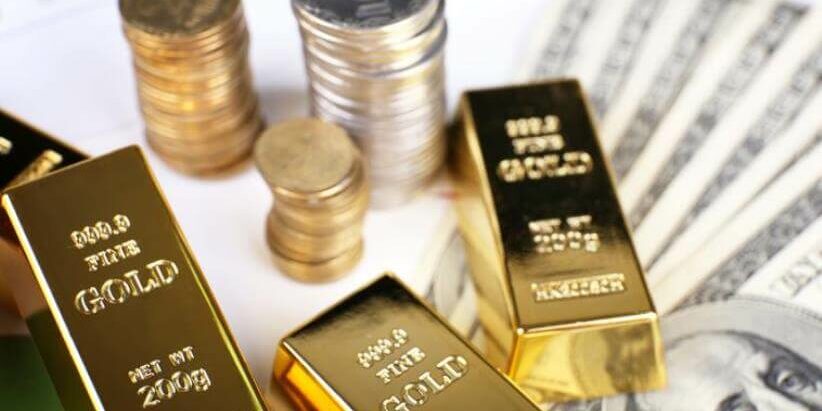 For billionaires like John A. Paulson, a legend in the world of hedge funds, investing in previous metals such as gold right now makes more sense than ever before. After cashing in during the recent housing market collapse, to the tune of $15 billion, Paulson decided that gold prices favored making some massive investments because he viewed those prices as ready to rise.

The precious metals industry has long been a place for those looking to protect their wealth to do so without the kind of risks that stocks and other investments have, but Paulson is able to make moves on a grand scale and profit far past the expectations of the average investor.

In fact, according to a previous article by Peter Krauth in Business Insider, gold is the preferred asset class for the renowned investor today just as it has been since 2010 when he put $250 million into a dedicated gold fund he created himself.

When billionaires start investing in previous metals such as gold, they have an effect on the market simply based on the level of buying power they are able to command. Some are saying that Paulson has made a mistake and that the proof is in the performance of not just his fund’s performance, but also the fact that gold prices have not been rising as quickly as many would like.

Krauth noted in his article that Paulson’s inclusion of precious metals mining stocks caused the fund’s value to drop 23% in the first half of 2012, yet he went on to say,

“But here’s the thing. His original bets against housing fell at first, too. And we all know how that one turned out. Over time, Paulson’s thesis proved to be spot on.”

Paulson’s hedge fund is valued at $21 billion currently and over 44% has ‘exposure’ to the yellow metal as well as a variety of equities related to gold. Paulson even went on record as telling those who are his clients that they should seriously consider gold as a preferred asset because it is safe against inflation and even the euro crisis that is looming across the Atlantic right now. That is powerful advice when one considers the source, but it turns out that Paulson isn’t the only billionaire to think that gold is such a great bargain right now.

Another major hedge fund manager investing in previous metals, George Soros, also happens to find the current situation with gold one well worth getting involved in. The media picked up on the fact that Soros got rid of more than $50 million in stock from major banks and financial institutions like Goldman Sachs, Citgroup and JPMorgan.

At the same time, he put $130 million towards gold related assets, showing a surprising level of confidence in the metal of kings. It must be said that Soros is such a respected investor, and his moves are closely watched by many in the financial world because he has extremely strong connections in the banking industries, the political world and the realm of finance. Soros knows what’s happening and this is why his opinions are deemed so important.

1. Stanley Druckenmiller – The Man with the Midas Touch

Stanley Druckenmiller is a billionaire who has been able to graphically demonstrate exactly why he is such a wealthy individual. Druckenmiller managed to generate an average annual return from his fund of 30%, with an incredible run of success that run from 1986 to 2010, without ever having a losing year in all that time.

Considering the rollercoaster ride that you can experience with stock market investments, to never have a losing year in all that time, is very impressive, and an obvious reason why he has a net worth that is estimated to be around $4.5 billion.

Stanley Druckenmiller quit while he was ahead and closed his fund in 2010, but the key point to note is that he subsequently holds 20% of his entire portfolio in gold. For someone with such a Midas touch, that is a strong hint that you might want to follow his lead and consider this a good time to invest in gold.

David Einhorn set up his fund, Greenlight Capital, in 1996. He has now built that portfolio up to a value in the region of $11 billion, and he is another prominent billionaire who has taken a shine to gold.

Einhorn has suffered some falls in the value of his portfolio as a result of his determined commitment to gold, as he has long held the view that the Central Bank’s stimulus efforts would have the effect of pushing up the value of gold at some point, when inflation started to move north.

He has been publicly vociferous about stimulus efforts and was quoted as saying that “Monetary policy and regulations have combined like a failed chemistry experiment to create a potentially destructive force that should not exist outside of fiction.”

His belief that the Fed’s intervention in markets has added to the attraction of holding gold over green, which is why his fund continues to hold about 10% of its value in gold bullion.

If you are in control of the largest hedge fund in the world, you are more likely to be someone who gets things right more often than you get them wrong, when it comes to investment decisions at least. Therefore when Ray Dalio was quoted as saying ‘If you don’t own gold, you know neither history nor economics,’ you don’t need too much guesswork to get an idea of where he stands on holding a percentage of gold in his portfolio.

Dalio considers that gold offers a sustainable allure and has two distinct things going for it that help make it attractive to any investor seeking to achieve a profitable balance with their holdings. The two key demand drivers for gold can be simply identified as fear and love. Fear about money supply and negative interest rate, and love, which is the cultural affinity parts of the world like Asia and the Middle East have with the precious metal.

John Paulson has amassed a personal fortune that is estimated to be worth close to $10 billion and as well as being generous with his wealth, he is also someone who takes care to protect what he has managed to accumulate.

Renowned for his philanthropy, such as giving a $400 million endowment to Harvard, he also has a strong opinion about the current attraction to gold.

Paulson owns 10.33 million shares of GLD, which is the biggest gold ETF in the world, and despite some volatility in the price, he seems committed to remain invested in gold, mainly because he sees inflation will become an issue at some point in the near future, which he believes will produce a big upswing in gold’s favor.

Considering that Paulson earned a reputation as a successful contrarian, when he famously bet against the housing market in 2007, anyone looking for a way of protecting their savings from future investments volatility, should definitely consider his example and add gold as part of their portfolio.

Why Do They Invest in Precious Metals?

From your bullion investors to your coin collectors, there are several reasons individuals purchase precious metals. However, the most common reason for investing in precious metals is to hedge against currency devaluation. Precious metals investors understand what 99% of the rest of the population doesn’t and that is this: the more dollars the US Government prints or the more money that is created out of thin air makes the dollars in your savings account worth less and less every year.

The rest of the world is tired of all transactions being pegged to the US Dollar. A lot of investors understand this and invest in real money, which the constitution has declared long ago, as only gold and silver.

If you want to invest in gold, silver or other precious metals we highly recommend you rollover your current retirement plan or purchase a gold or precious metals IRA (See Page: Best Gold IRA Options).

Do you have any questions on why billionaires are investing in gold and precious metals? Ask below!