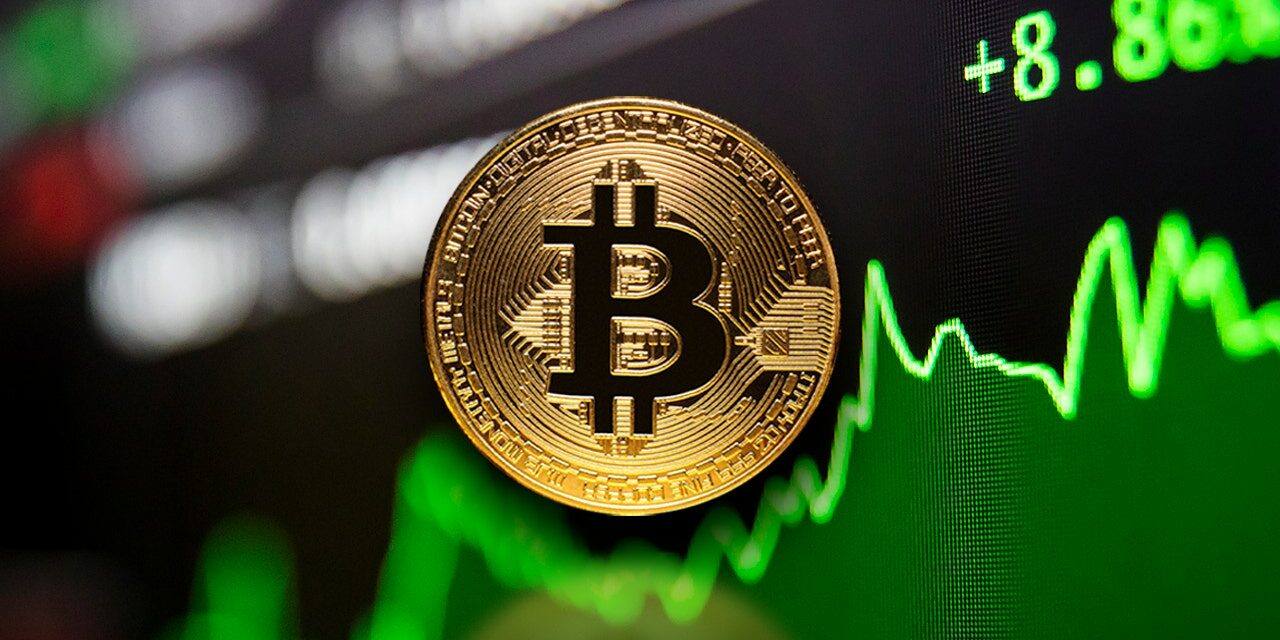 Will Bitcoin Go Up in 2022? Once again, Bitcoin is in the middle of a serious price breakout. And the fun doesn’t look like it’s going to come to an end. Some of the latest price predictions say that this hot digital currency is poised to break out even further.

It’s impossible to determine just how high up Bitcoin can go. But it’s currently trading at $57,500 per digital coin at the moment and it isn’t slowing down.

At the end of the day, myself and many analysts believe that Bitcoin has a bright future in 2022. In fact, Mark Yusko, founder and CIO of Morgan Creek Capital, feels confident that Bitcoin will reach $250,000 by 2022.

Guess what? Other experts and analysts feel the same. But whether it reaches these heights or not, just know there are valid reasons why experts are making these predictions.

Would you care to learn about the explanations why they believe this crypto currency will continue to rise in value? I’ll fill you in on the most important details below, so please continue reading.

Bitcoin Demand Will Continue to Increase

How do I know that the world will continue to clamor for Bitcoin? One of the biggest indicators is that Bitcoin has a limited supply.

Yes, you read that correctly. Bitcoin has a finite supply. And once those supply limits are reached, there will never be new mined Bitcoins again.

How does this affect demand? Ultimately, it’s going to boost demand by a wide margin for a number of reasons that include:

Would you like to open a Bitcoin IRA? Please read my review of the top 3 Bitcoin brokers. You’ll gain valuable insight into each one of these well-respected businesses.

Bitcoin Has a Limited and Finite Supply

I know I touched on this already but it definitely bears repeating. There can and only ever will be 21 million Bitcoins in existence. This is a well-known fact that can never possibly change. The creator of Bitcoin put a hard cap of 21 million Bitcoins specifically to avoid the potential for inflation.

Think about this for a second:

Whenever the United States of America needs money, the Federal Reserve prints billions or even trillions of dollars. This money literally appears out of thin air – more like it appears digitally on a computer screen.

Guess what? Every time the Federal Reserve creates more money, it devalues the US dollar just a little bit more. That’s when inflation creeps in and the price of gas begins to go up. And groceries begin to cost more money at the grocery store. And other day-to-day items become a lot more expensive.

The creator of Bitcoin never wanted this to happen to his magnificent creation. That’s why he or she – we don’t know who created it – put a hard cap in place. They never wanted inflation to ruin this beautiful digital currency.

Oddly enough, people will lose their Bitcoin keys and lose track of this currency because it’s bound to happen. More likely than not, there will be less than 21 million Bitcoins in existence because of human error.

Please keep that in mind as a potential Bitcoin investor. This limited supply alone will definitely cause an increase in its value.

Are you ready to begin your Bitcoin IRA journey? Please click here to read my review of the top 3 Bitcoin companies in existence today.

Bitcoin Mining Is Nearing Its End

According to Business Insider India, the Bitcoin mining party is about to come to an end. They claim that nearly 90% of all Bitcoin has been mined already. The fact that many people know this already is part of the reason why it’s going up in value.

The rarity factor of Bitcoin is driving this market. People realize that it’s going to be impossible to mine in the near future. And even though this is a volatile commodity, it keeps going up in value over the long term.

What matters is that it’s time to begin investing in this commodity. Because you know it’s going up and it isn’t stopping. It may slow down or pull back briefly. But it will reinvigorate its charge to six figures at some point in the near future.

To find out more about the top 3 crypto currency IRA companies, please click here to read my detailed review.

Bitcoin Production Costs Have an Impact on the Price

You may not think about this, but it costs a lot of money to mine Bitcoin. The production costs are incredibly expensive. This is a huge part of the reason why the price of Bitcoin continues to rise higher and higher.

Consider this from moment:

Depending on the cost of electricity and mining equipment at any given time, the Bitcoin breakeven price will vary.

It’s the electricity itself that is incredibly expensive. Electricity expenses make up between 90%-95% of total production costs.

How do Bitcoin miners make up for these expenses?

They do the only smart thing that they can do. They make sure the price of Bitcoin remains high to recoup their expenses. And they continue to keep the price correctly inflated so that it retains its value.

Even better, they continue to promote this cryptocurrency to help it maintain its popularity. By keeping Bitcoin popular, more and more investors continue to enter the market.

Find out more about the top 3 crypto currency IRA companies by reading my full detailed review.

It shouldn’t surprise anyone to learn that many celebrities, sports figures, actors, and other public figures have invested in Bitcoin. These wealthy and intelligent people recognize a good investment when they see one and so should you.

But which celebrities are pumping their hard-earned money into this digital currency? A few of my favorites include:

How do you feel about the price of Bitcoin going up in 2022? Are you thoroughly convinced? Or did I fail to get my point across? Either way, I have a sneaking suspicion that Bitcoin will hit $100,000 in the early part of 2022.

Regardless, the best way to invest in Bitcoin is for the long term. This investment is incredibly volatile, so you have to hang on through the ups and downs.

Do yourself a favor and open a Bitcoin IRA as soon as possible. You can get started by reading my review of the top 3 companies in this space. You’ll learn everything you need to know to make an informed decision right now.